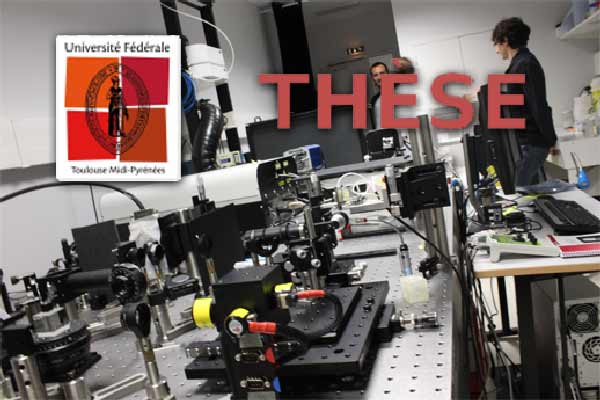 In recent years, tissue mimics (TMs) such as microtissues, spheroids, and organoid cultures have become increasingly important in life-science research, as they provide a physiologically relevant environment for cell growth, tissue morphogenesis, and stem cell differentiation. Selective Plane Illumination Microscopy (SPIM) is one of the most prominent microscopy modalities for three-dimensional tissue imaging, and a sine qua non tool to understand cell biology in TMs. However, while SPIM is regarded as a very powerful tool for TM imaging, optical microscopy suffers from certain limitations when imaging 3D samples. Indeed, scattering, absorption and optical aberrations limit the depth at which useful imaging can be done, typically no more than 100 μm. Adaptive Optics (AO) is a technique capable of improving image quality at depth by correcting the optical aberrations introduced by the sample which is seeing increasing use in fluorescence microscopes. 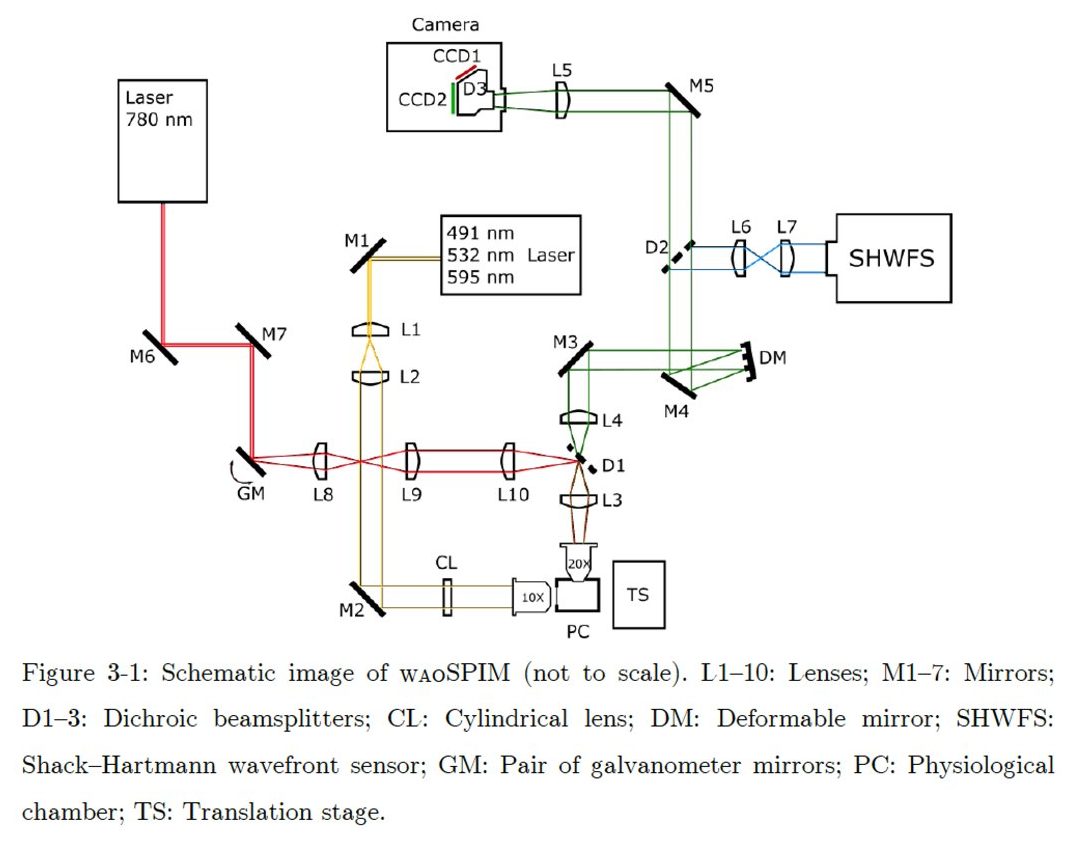 For this thesis, I have incorporated a wavefront sensor AO scheme to SPIM, able to correct aberrations in optically thick TMs such as multi-cellular tumor spheroids (MCTS). Due to the low amount of light produced by non-linear guide stars such as the one used in our system, a custom high-sensitivity Shack-Hartmann wavefront sensor (SHWFS) was developed for our needs. In this work, I characterize the performance of this SHWFS and the ability of our system to correct aberration in various conditions, including inside TMs.

I show unprecedented image quality improvements for in-depth imaging of MCTS, in regard of high-frequency detail and resolution. This allowed us to identify biologically relevant features at depths inaccessible to conventional SPIM.

Up-converting nanoparticles (UCNP) are rare-earth based particles that are able to undergo photon up-conversion when illuminated, emitting light of a shorter wavelength than that of the illumination. Guide stars made from UCNP are especially attractive due to the possibility of them being excited in the near-infrared while emitting visible light, reducing photodamage produced by the illumination light. The viability of using UCNP as guide stars in biological samples in explored in this thesis.